To help you know more about our breed we have compiled some information regarding its long history, working abilities, what it is like as a house pet and its aptitude for competitive sports. 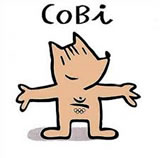 As a mark of its skills the Catalan Sheepdog was chosen to be the mascot of the 1992 Barcelona Olympics games.

Originating from Catalonia (North East Spain) the Catalan is a high spirited and cheerful dog. It is intelligent and very agile and excels in dog sports – see below for some ideas.

The Catalan Sheepdog, also known as Perro De Pastor Catalán or Gos d’Atura Català, is classified as a working dog so exercise is a must.

Legend has it that Charlemagne (Charles the great, King of the Franks, reigning from 771 to 814 AD) was accompanied everywhere he went by his two large, long haired, black dogs (very much in looks like a Briard).

Tapestries from the 8th and 12th century show him with these dogs and legend suggests that as Charlemagne moved southwards his two dogs mated with the local gals.

Those offspring may have produced the breeds we know today as: the Briard, the Beauceron, the Picardy, the Pyrenean and of course the Catalan.

The Catalan Sheepdog has for centuries been a versatile working dog, a prized herder of livestock. It has courage and a good natured personality and was used as a messenger and sentry during the Spanish civil war. Spanish literature has described it as having excellent herding abilities as well as the courage that makes them an outstanding guard dog.

After the 2nd world war the dog’s population dramatically declined. Some were destroyed, others rarely bred.

The suggestion is that during the 1950’s and 60’s a lot of farms closed, people drifted from the countryside to take up employment in towns, so demand for the Catalans skills fell and the breed dwindled to just a few dogs. 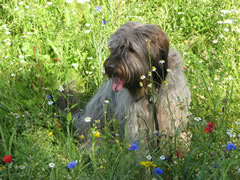 Thankfully In 1970 a group of breeders came together to regenerate the breed.

Remaining specimens were brought from shepherds and intensive breeding begun. Today the breed is still considered to be rare but due to the efforts of dedicated breeders, the Catalan Sheepdog population is slowly but surely growing and once again it is being used to drive and tend flocks which Catalan Sheepdogs do so well. 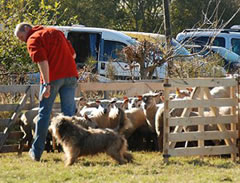 They have a natural instinct of caring for a flock. Amiably they carry out the commands of the shepherds but in most instances a dog will happily act on its own instinct making decisions concerning the monitoring of the flock. A trait which Shepherds prize. They are vigilant and courageous and well able to protect the flock entrusted to its care. 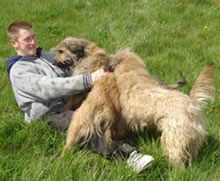 In their nature, they are loyal and devoted house companions. Catalans are energetic but usually gentle playmates of the children. In general they are recognised as being an affectionate, friendly breed and good with other dogs and pets. That is especially true if the dog has been correctly socialised from an early age.

The friendly temperament does not extend to strangers of whom they are naturally watchful and wary toward until trust has been established.

The Catalans nature is to be protective of their ‘family’ in an intelligent, watchful way, as opposed to aggressive.

Questions about their coat 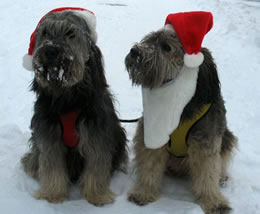 The breed is very resistant to hot or cold weather conditions, they are what can be called an all-weather dog, so your Catalan doesn’t care a jot if it’s raining, snowing, frosty or boiling hot, they just cope no matter the weather.

To rounds things off 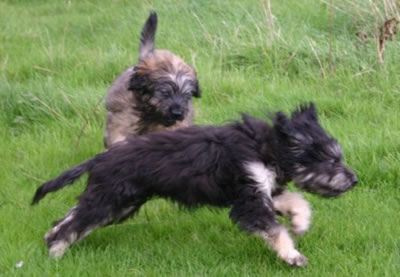 Here are a fine pair of adorable pups.

From a care perspective, Catalan Sheepdogs are WORKING dogs and as such they need to expend their excess energies.

Therefore long walks or a couple of hour’s playtime with the children can help burn up their energy.

Exercise – Competing and having fun 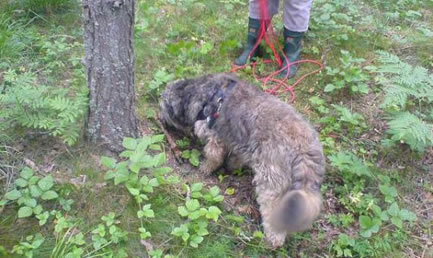 Obedience training is important and of course from that you can go on to do obedience trials.

If you are energetic and a good runner then dog agility is the Catalan heaven.

You can also try heel work to music or treibbell a.k.a, urban herding (herding a number of gym balls).

As most Catalans can run like the wind Fly Ball is also a good outlet for their energy and drive. Look around for a club that has training classes to see if your Catalan has an aptitude for this fast rowdy team sport. 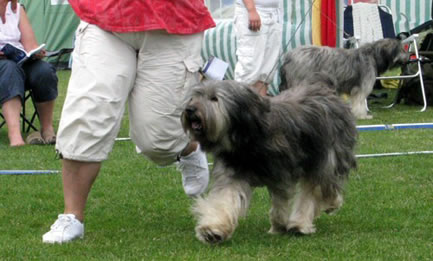 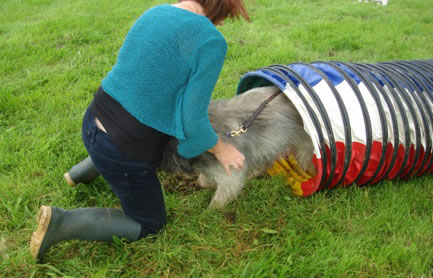 Rally is the latest dog sport to be recognised by the Kennel Club and its fun regardless of what level you and your dog are at. It involves you and your dog working as a team to navigate a course, where along the way there are different exercises to perform so you and your dog have to work them out, and of course, it’s against the clock. It’s fun.

Catalans are considered intelligent working dogs so with the right rewards and loving care they will enjoy the fun and challenges of competing.

We hope this information has given you some insight into our lovely breed, but by all means, contact us if you have questions.